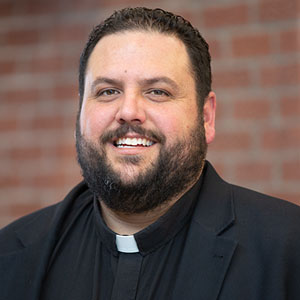 A Southern California native, Pastor Jay graduated with a Master’s in Theology and Culture as a student of St Louis Seminary via the Cross Cultural Ministry Pastoral Certification Program (CMC) located at Concordia University in Irvine, California. The CMC focuses uniquely upon equipping pastors to infiltrate strategic urban settings as church planters. Pastor Jay spent the the last 2 years of his seminary training and the first 3 years of ministry as pastor of The Gathering; a church plant of which Pastor Jay was founder. Simultaneously, Pastor Jay served briefly as the Interim Pastor at St. Luke’s Lutheran Church in Westminster, California. In 2012 he accepted the call to serve as sole pastor of St John’s Lutheran Church in El Segundo, Ca, and served there for 5 years before accepting the call to St. Mark in August 2017.

Pastor Jay and his wife Sarah met at and graduated from the Hall-Musco Conservatory of Music (Chapman University in Orange, Ca) with degrees in Music Performance. God has blessed them with two children, their daughter Elizabeth and son Jesse. 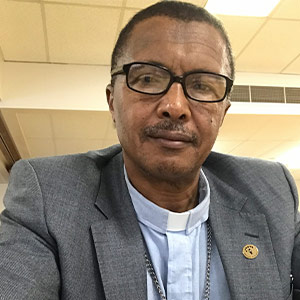 Pastor Eddie Mekasha is a native of Addis Ababa, Ethiopia. He completed his college and seminary studies in Ethiopia majoring in theology and supplies management. Once in the United States, Pastor Eddie also earned a Masters of Divinity from Concordia Seminary in 2007 and has served as an ordained minister in the Lutheran Church-Missouri Synod ever since.

Pastor Eddie is married to Fantaye who has always supported the Pastor Eddie’s evangelism and ministry as a caring co-worker. They are blessed by two daughters, Kedamawit and Simret.

Eddie was the editor of Amharic herald, an Ethiopian Christian newspaper. Eddie immigrated to America in July 2002, and arrived in Louisville, KY where he began his ministry here as an evangelist and Campus facilitator for immigrants and international college students. Eddie’s family joined him in the US in 2007.

In August 2013, Eddie moved to Council Bluffs Iowa to be a Chaplain for Tyson Food, and has certifications in Clinical Pastoral Education, Mediation, and Addiction Counseling. In addition to his chaplaincy, Eddie has served the immigrant community here in Omaha and the surrounding area, joining the St. Mark Staff in early 2020 after serving at several other congregations in the area. 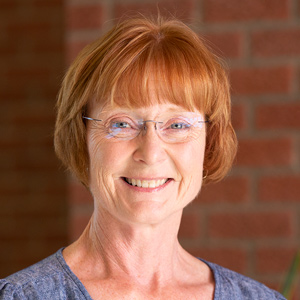 I graduated from the University of Nebraska at Kearney with a Bachelors’ Degree in Elementary Education. I have added an Early Childhood Endorsement through Peru State.

My husband Mark and I live in Bellevue and have been married for 33 years. We have two children Matthew and Laura and a daughter in-law, Melissa, who all live in Bellevue.

My first teaching job was in Copperas Cove, Texas, a small town by Ft. Hood. I spent three wonderful years teaching 1st grade before moving to Germany where I ran a Co-op Preschool for the Department of Defense. After moving to Nebraska in June of 2000, I taught Preschool for two years and then Kindergarten for seven years at Pilgrim Lutheran in Bellevue, Nebraska. Prior to coming to St. Mark, I worked as a contractor on Offutt Air Force Base for Parents as Teachers Heroes at Home as an in-home visitor for children birth- to age-3-years-old. This is my tenth year at St. Mark Preschool and Childcare as the Center Director and Lead teacher for the 3-year-old class. I love being an early childhood educator and am honored to share the love of Jesus with children.

I enjoy reading, horseback riding, pottery, gardening and woodworking. My dad, siblings, and in-laws all live in Nebraska, so we are blessed to be able to spend time with our family. 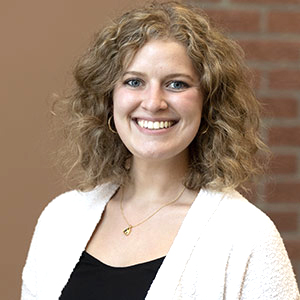 Lydia Woods is an Omaha native who grew up attending the Concordia Omaha School systems. In the ninth grade she found a passion for teaching Sunday school and wished she could do that forever, so she set off to do so!

Lydia attended Concordia University Irvine to obtain a degree and become a Director of Christian Education (DCE) ministry. After four fun years of studying, she graduated in 2021, then was sent off to Pennsylvania for an internship in DCE ministry. As the end of her education drew near, Lydia felt God calling her back to Omaha. God confirmed that call through St. Mark where Lydia was commissioned and installed as the Director of Children’s and Family Ministry on Sunday, August 14, 2022.

Lydia comes from a family of 6, her parents and three siblings. She is excited to be close to several of them as well as extended family.

Kelly was born and raised on a small family farm near St. Paul, NE.  She graduated from Kearney State College with a Bachelor’s Degree in Business Administration.

Kelly and Chip met and married in Kearney while at college, and they have been married for 30 years. They moved to the Omaha metro in 1996 and recently settled in the Florence area.  They have one son, Tanner, who also lives in Omaha.

Kelly’s professional background has been focused primarily on accounting and operations. She has served in a variety of roles including Office Administrator, Senior Accountant, Controller and Divisional Manager; for small locally owned businesses, national retailers and large global tech companies. 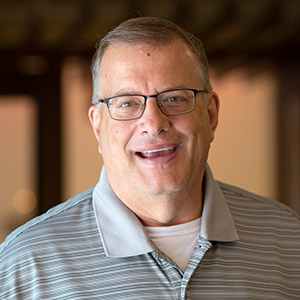 Though born in Minnesota, Dan spent most of his life in the great state of Kansas (Go KSU Wildcats!) grew up on a farm, was a sheriff’s deputy while attending college, served the community as a volunteer firefighter for more than 15 years and works for insurance companies.

Dan promised his wife Jane when he was first asked to be a youth director in Hays, Kansas he’d only do it for one year. That was 8 National Youth Gatherings and a whole bunch of District Youth Gatherings, Lock-ins, Quakes, Youth Nights, Servant Events, Cook outs, Cokes and Bible Studies ago! Dan loves spending time with youth in studying and growing in God’s Word and having fun while we do. Dan enjoys the time he spends with the youth at St Mark, though he’s not going to become a Husker convert.

After a company move brought Dan and Jane to Omaha in 2016, they joined St. Mark Lutheran. They have two grown sons, Jason and Andrew. Dan and Jane enjoy traveling and spending time with our sons and our extended families spread out over 7 different states and 4 time zones. 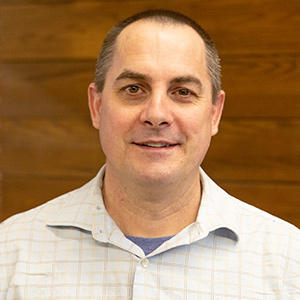 Daren has built a career working “hands-on” in a variety of building, maintenance and construction projects. There is a lot of ministry that happens on a daily basis here at St. Mark, and it simply wouldn’t be possible without the behind the scenes hard work of facility maintenance, repair and development. Daren came aboard full time at the end of 2019 after 4 years of working part-time here at St. Mark. 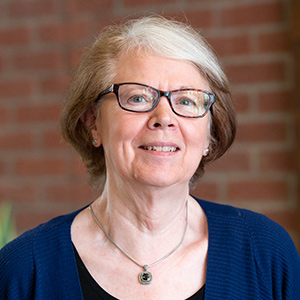 I am a life time LCMS Lutheran, having been baptized and confirmed in southeast Nebraska. I graduated from the University of Nebraska in Lincoln with a B. A. in Social Work and Psychology, which is also where I met my husband, Rod. I worked for a brief time in Lincoln as a Medical Social Worker, but then we moved to Midland, Michigan, St.Louis, Missouri, and Kansas City, Missouri before settling in Omaha. We have three children, four grandchildren, and will be married 54 years this December. Down time finds me gardening, reading, sewing and doing some volunteering. This September I will have been playing organ, both full time and part time, for 35 years, giving Rod an opportunity to sit alone with our children in church through all their growing up years. I’ve been substituting for churches around Omaha, as well as accompanying the choir and subbing at St. Mark since 2006. A couple of years ago l thought I was fully retired, but then came the opportunity to play full time for St. Mark, and I have come to recognize this as another door that God opened for me. I love playing the wonderful organ here, and having the chance to share my love for the Word in the Church’s music. A piece sung by the choir, quoting I Corinthians 2:9, has taught me about God’s guidance in my life “What no eye has seen, nor ear heard, nor the heart of man imagined, what God has prepared for those who love Him. ” I guess I’ll save retirement for a later date!